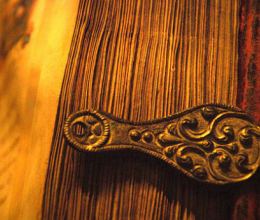 The journey begins with a discourse on the overarching theme of the ahl or family. Aadam and his wife, married in the heavens and reunited on earth to fulfill their marriage, were the constituents of the first ahl. From there, Shaykh Mohammed Amin Kholwadia plunges us into the depths of the Quran and Sunnah, and brings to light many fascinating insights into the lives of some of the most prominent women mentioned in the Quran, with commentaries on their noteworthy qualities:

Session 1: Men and women as equal partners in creation with equal access to Allah’s Rahmah.
Session 2: Our views and actions should not be limited to validating life and a life-style in this world.
Session 3: Sarah (AS) – The Wife of Ibrahim (AS)
Session 4: The Wife of Nuh (AS) and the Wife of Lut (AS)
Session 5: The wife of Fir’aun, the mother of Musa (AS) and the sister of Musa (AS)
Session 6: The Queen of Sheeba
Session 7: The Wife of Imran
Session 8: Maryam (AS), The Daughter of Imran & The Mother of Isa
Session 9: An overview of the past eight sessions by Dr. Umar Abd-Allah with additional insights and commentary
Session 10: Hajar (AS) The Second Wife of Ibrahim (AS)
Session 11: The Significance of the Mothers of the Believers
Session 12: Sayidatuna Khadijah Al-Kubra bint Khuwaylid
Session 13: Sayidatuna ‘Aaishah bint Abi Bakr
Session 14: Conclusion